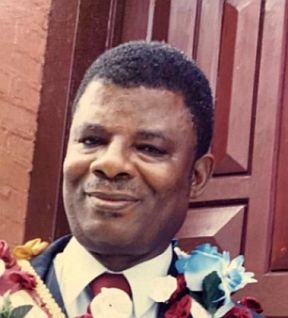 The Bowman, Habo, Grimes, Woart, Bedell, Allison, Seton, Thomas and Mayson families announce with deep sorrow the passing of their father, grandfather, brother, uncle, brother-in-law, and cousin, Dr. Samuel G. Bowman in his 78th year after a brief illness. This sad event occurred at The St. Joseph’s Catholic Hospital in Monrovia on Monday, December 28, 2020 at 10:30PM. Dr. Bowman provided healthcare services to the women of Liberia from all walks of life and delivered more babies than any other Doctor in Liberia. He received his specialization from The Royal College of Obstetrics and Gynecology in London, United Kingdom. Dr. Bowman gave hope to many women who felt destitute of being labeled as childless.

His home church family of 30 plus years - The First United Methodist Church, St. Joseph Catholic Hospital Family, The Rising Sun Lodge #5, The Liberia Medical and Dental Association, The United Methodist Board of Health and Welfare Ministries, his families, friends and sympathizers in Maryland County Liberia, respectively, and the Republic of Liberia will miss him dearly for his care and dedicated services.

We love you but God loves you best. Rest in Eternal Peace, until we meet again.