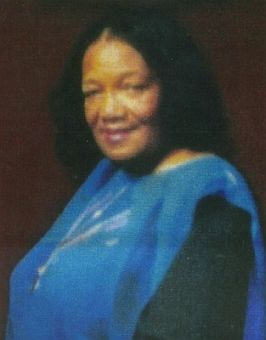 We regret to announce the death of Mother Gertrude P. Brewer, former Chairperson of the Board of Trustees, J. J. Roberts Educational Foundation. This sad event occurred on Tuesday, February 4, 2014.

Funeral Arrangements are as follows:

The remains of the late Gertrude P. Brewer will be removed from the Samuel A. Stryker Funeral Home on Wednesday, February 26, 2014 at 5:00 PM and taken to the First United Methodist Church for Wake – Keeping commencing at 6:00 PM.

The funeral service will take place on Thursday, February 27, 2014 at 10:00 AM at the First United Methodist Church on Ashmum and Gurley Streets, Monrovia. Interment follows at the Kaiser Memorial Lawn Cemetery in Brewerville, Liberia on the same day.

This announcement was brought in by Mrs. Rita Wallwitz, Rev. Dr. Erlene P. Thompson, Dr. Rubell Brewer and Alexander brewer for the family.