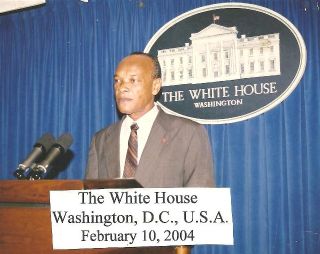 The Browne, Brumskine, Savice and Wiles families regret to announce the sudden death of Mr. Spencer D. Browne Sr. in his 68th year. This sad event occurred on Sunday, March 18, 2012 at the J.F.K. Memorial Hospital due to respiratory failure and status asthmaticus. His remains have been removed to the Samuel Stryker Funeral Parlor.

The wake and funeral arrangements are as follows:

On Friday November 11, at 5:00 PM, the body will be removed from the Samuel Stryker Funeral Home in Monrovia and taken to the Trinity Cathedral Episcopal Church on Broad Street, for one night of wake keeping.

Contacts in the USA