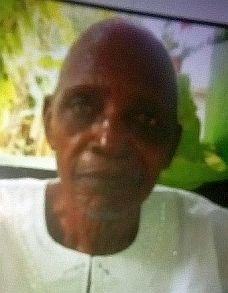 This is to announce the death of Mr. Borbor Yarmai, who died September 23, 2017 after a protracted illness at the age of 90 years. He was predeceased by his son Dr. Leon Ledlum and his wife Mrs. Hawa Teffor Yarmai. He was married for 66 years.

He leaves to mourn his passing forteen living children, 51 grandchildren, 31 great-grandchildren, and a host of relatives from the USA, Europe and Guinea respectively.

His body is at the St. Moses Funeral Parlour. Funeral rites are as follows: Wake keeping will be at the residence of the deceased on Pipe Line Road, Paynsville Red light on Friday November 10, right after the Salvation Army School.

Funeral Services will be at the St. Moses Funeral Parlour on November 11, while interment is at Kaiser Memorial Cemetery in Brewerville. The repast is at the residence of his children in Paynsville.

This announcement was brought in by the Yarmai family, the Keylah family, the Bombo family, the Johnson family and the Ludlum family.