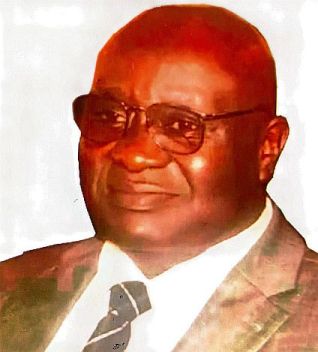 The Cole family regrets to announce the passing of the Late Samuel Boy'C Cole, commonly known as (Uncle Sam) or Prof Cole. This sad event occurredat 11:30 am on June 29, 2021. He was 72yrs old.

Mr. Cole was an Administrator, Educator and Philanthropist who served as an instructor and administrator at several educationalinstitutions. These include, SOS, B. W. Harris Episcopal High School,D. Tweh High School,PeoplesHigh School,BookerWashington Institute, and the Kakata Rural TeacherTrainingInstitute. He was member of kakata Lion Club and served as its Secretary Generalup 1990 when hostilitiesbroke out in Liberia. His service to Humanity did not cease when the organization seized to exist becauseof the war. He personally sponsored many students and catered to them and the needs of their familiesthroughhis scholarship program. Uncle Sam was an Episcopalian and served as Assistant Secretary to the Episcopal Church of Liberia Diocesan Convention in the early to mid-90's.

Funeral rites are as follows:

The Funeral Mass for the Late Samuel B. Cole (Uncle Sam) will be held at Samuel A. Stryker Funeral Parlor on Tubman Boulevard from 11:00am-12pm on Saturday, 17 July. Please note that the Funeral home will only allow 20 persons within its chapel, in line with health protocols. These 20 individualshave already been notified. Sympathizers can join the family at Kaiser Memorial Lawn Cemeteryto pay their last respect and bid farewell to our beloved father.Interment follows at the Kaiser Memorial Lawn Cemetery in Brewerville,Liberia.

This announcement was brought in by the Cole Family.