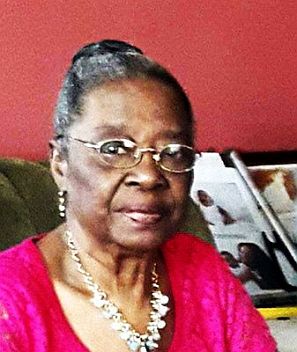 The Davis, Dennis, Trinity, Jackson, and Fahnbulleh families announced with profound regrets the death of Mrs. Williametta Dennis Davis of Roberts Street, Snapper Hill, Monrovia. She was 82. Grandma Mett, as she was affectionately called by all who knew her, was a mother, grandmother, great-grandmother, and a true friend. She was most proud of her children, Gail Davis Cisco, Eudeen Davis Cooper/Son-in-Law Randolph C.J Cooper, Thomas Elwood Davis, Edith Davis, Frederick W. Davis, Jr. (who predeceased her), Rosamond Davis of the USA, Benjamin Davis(Benny-boy), and Eugene Davis; her grandchildren: Precious, Shirley, Latifa, Yuade, Safee, Jum, and Oliver: Her great-grandchildren: Christian, Isaiah, Michael, and Vladimir. She was a devout Christian and a staunch Episcopalian. She was a true mother to all who came in contact with her: be it police, soldier, market woman, yannah-boy to name a few. She leaves to mourn her death, her beloved sisters: Elizabeth George Doe, Esther George of Ghana, Georgia Dennis Ross of the USA, Bendu Dennis Hickson of the USA, Cousin: Emma Shannon Walser of Switzerland, Aunt: Helena Jackson Ivy (Tosy), foster brother, Emmanuel Boimah Fahnbulleh of the USA, Three foster children: Cleopatra Davis, Chris Weah, Beatrice Weah.

On Friday, March 9, 2018 at 4:00p.m., the body will be removed from the A.B. Anderson Funeral Parlors to her home on Roberts Street, Snapper Hill for an hour of reverence. At 5:30 p.m. the body will be escorted to Trinity Cathedral Episcopal Church on Broad Street where the wake-keeping will commence. All tributes will be given during the wake except for the family and church.

On Saturday March 10, 2018 at 10:00 a.m., the funeral service will commence at Trinity Cathedral Episcopal Church on Broad Street. Immediately after the funeral service, the body will be escorted to Kaiser Memorial Lawn Cemetery located in Brewerville where the interment will take place.