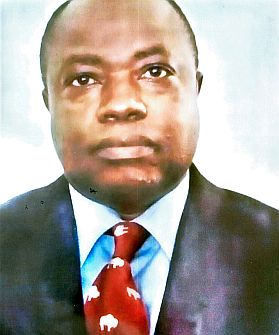 It is with deep regrets that we, the family of Mr.and Mrs. J. Allen Doe, Sr.. write to officially inform you about the untimely passing of Mr. J. Allen Doe Sr.. who served as IT Superintendent at your company.

The late Mr. Doe was taken from the plantation after a brief illness along with his wife Mrs. Charlesetta J.D. Doe to the Fidelity Clinic on 20th Street Sinkor, on July 19, 2021. Later, they were both tested positive for Covid 19 and therefore had to be transferred to the Government's owned Star Base COVID -19 Isolation Facility on the Bushrod Island, Somalia Drive.

After about three weeks of treatment and protracted challenges, doctors regrettably informed the family about the demise of Mr. J. Allen Doe, Sr.. to the deadly virus on Saturday, the 14th of August 2021.

We were also informed that his wife Mrs. Charlesetta J. D. Doe was rather recovering. But they have since advised that the family wait, until significant progress in her health is achieved before divulging the sad news to her.

It is in this regard that we, the family, have decided to officially inform your office about the status report and bring to your attention that the remains of Mr J Allen Doe, Sr has since, been deposited at the Samuel Stryker Funeral Parlor pending funeral arrangements.

Again, it is with deep sorrow that we here with attach the death certificate of your former employee as evidence of his demise and kindly request your prayers both during this time of bereavement and, as we anticipate the full recovery of his Widow, Mrs. Charlesetta Juah Draper Doe.