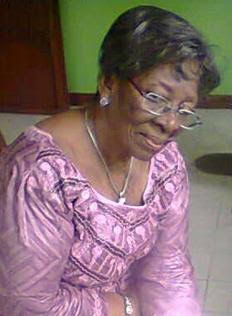 She served the Liberian National Police for 43 unbroken years.

She leaves to mourn two daughters of the United States of America, eleven grandchildren and six great grandchildren.

The body has been deposited at the A. B. Anderson Funeral Home on Lynch street.

Funeral services take place at the Greater Refuge Temple in Congo Town on August 1, 2015 at the hour of 10:00 AM. Thereafter the body will be taken to the Kaiser Memorial Lawn Cemetery in Brewerville for interment.