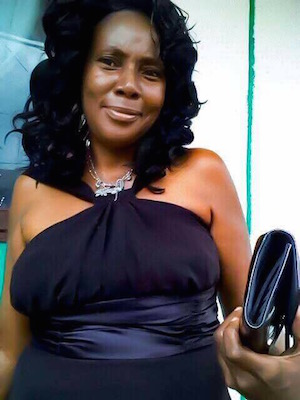 I will lift up mine eyes unto the hills, from whence cometh my help. My help cometh from the Lord, which made heaven and earth.

It is with profound sorrow and deep regrets the Dunn, Clarke, Anderson, and Boayue families announce the sudden passing of their mother, daughter, sister, aunt and grand-mother Ernestine Yau Sumo Anderson. This sad event occured on October 3rd, 2016 in Monrovia, Liberia. She leaves to mourn her passing her four children Izena M. Jones, Reko E. Dolo, Edam A. Grisby, Sameria C. Carr and two grand-children Leszena and Isabella. She also leaves to mourn her loss several siblings, a host of aunts, uncles, nephews, nieces cousins and friends in Liberia and USA. She was a dedicated solider of the cross and served her master to the end. She was loved and will be truly missed.

The Funeral Arrangements are as follows:

The body will be removed from the A.B.Anderson Funeral Home to the First Presbyterian Church at the corner of Broad & Johnson Streets on Friday,October 28, 2016 at 5:00 p.m.