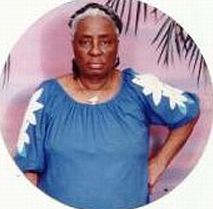 The death is announced of the late Eliza K. Taylor Freeman of 11th street, Sinkor, Monrovia, Liberia. She is the wife of the late P. G. Freeman that pre-deceased her in 1990 when ECOMOG landed on the Liberia water.

On April 18, 2014, there will be a wake keeping from 9 PM until midnight at the residence of the deseased at Stephen Tolbert Estate, FC-44.