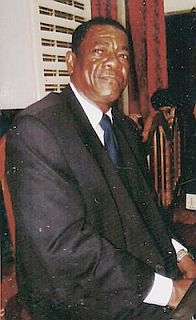 The Jones, Johnsons, Logan, Marshall, Taylor and Shelton families announces with deep regrets the passing of their brother, cousin, uncle and relative, the late Mr. Alvin Ernest Jones; which sad event occurred on Saturday, January 28, 2017 at the ELWA Hospital in Paynesville, City Montserrado after a brief illness.

Meanwhile, funeral arrangements are as follows:

On Friday, February 10, 2017 the body of the late Mr. Alvin Ernest Jones will be removed from the AB Anderson Funeral Home on Lynch Street, Monrovia at 5:00 PM and taken to the First United Methodist Church on Ashmun Street for Wake Keeping commencing from 6:00 – 9:00 pm. All tributes will be given at the wake except for those by the Church and the family which will be given on the day of the funeral.