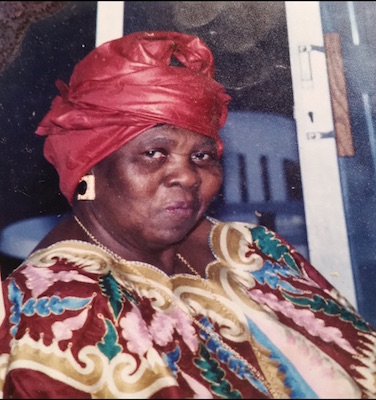 The Gibson, Glover, and Strasser-Nicol families regret to announce the home going, in her 91st year, of Mrs. Letitia A. Gibson. Mother Gibson passed away on Saturday, April 9, at 4:25am at her residence on 10th Street, in Sinkor.

WAKE KEEPING
The mortal remains of the late Mother Letitia A. Gibson; philanthropist, farmer, industrialist, Road Contractor and devout Christian, will be removed from the Samuel Stryker Funeral Home on Thursday April 28, at 5:00pm and taken to the St. Stephen Episcopal Church on 10th Street, Sinkor for a Night of Wake Keeping beginning at 6pm.

FUNERAL SERVICE
On Friday April 29, Funeral Services will commence at the same Church at 10:00am and thereafter the body will be taken to the Kaiser Memorial Lawn Cemetery in Brewerville for interment.

Except that of the Family, the Church and the State, all other tributes will be made during the wake keeping. All monetary contributions will be deemed as donations to the Letitia A. Gibson Foundation for Girls Education – which was founded by Mother Gibson.