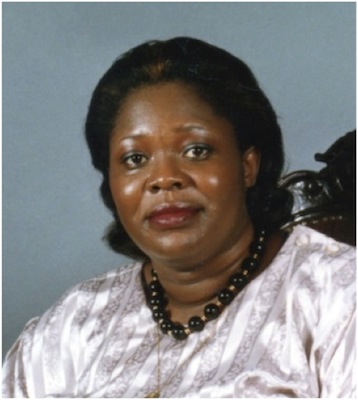 It is with deep sadness and broken hearts, that the Bannerman family announces the home going of our beloved sister, daughter, mother, grandmother, and aunt. Deaconess Grace E. A. Bannerman sadly passed away on Saturday, December 28, 2013 in Liberia. She was a BWI graduate class of 1971. She advanced her studies in California, USA. Upon returning to Liberia, she worked for Montserrado Group of Companies until the civil unrest in 1989.

Grace was a devout Christian. She was a true friend and a confidante to anyone that had the fortunate opportunity to cross her path. Her passing has left an immense void in our hearts and lives. But we take comfort in knowing that this angel watches over us. Sister Grace was predeceased by her life-long companion Harry T. Pennoh, Sr., her son Harry T. Pennoh, Jr., her daughter, Harielle Mokopee Peaches Pennoh and her father, Mr. John K. Bannerman, Sr.