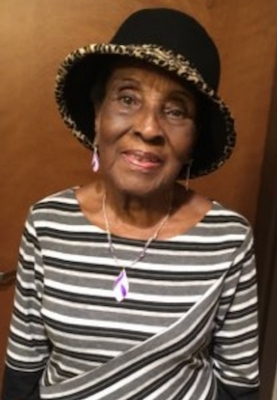 The McIntosh, Gibson, Yangbe, Pearson, Williams, and Thomas families announce the home going of our sister, mother, grand and great grand mother, aunt, cousin and friend in her 83rd year. This event occurred on the morning of May 9, Mother’s Day, at the home of her daughter, Pearletta Williams Grimes in Monrovia, Liberia.

Mama, Aunty Hag, Cousin Harriet, Grandma, and Harriet E, as she was affectionately called, was a selfless and sweet lady. She could fit in any company, be it old or young. Everyone loved her. She gave love and received love in return. She was a devout Christian and member of the First United Methodist Church on Ashmun Street, Monrovia, Liberia.

Mama will be dearly missed by her daughters: Irma, Pearletta, Winifred and Anita-Siah; her grandchildren Special, Appa, Perlez, Vashti, David, Bendu, Ariel, and Tobias, JR. She was blessed to see and hold her great-grandchild AJ for a week. Hag is also survived by her brother Lemuel McIntosh, her nieces Bleor, Quady, Pauline, Yeady, and Korlow, and nephew Kron whom she cherished as her own children. Still to mourn her home going are her “children” in Atlanta, GA and Charlotte, NC, Liberia and a host of other relatives and friends. The family will always be grateful to them for the care and concern showered on Mama throughout her life.

On Tuesday, May 25, 2021, Mama will be removed from the Samuel A. Stryker funeral Parlour on Tubman Boulevard at 9:00 am and taken to the First United Methodist Church on Ashmun Street, Monrovia.

Interment is at the Kaiser Memorial Lawn in Brewerville.

If you would like your tribute to be read during the funeral or printed in the program, please email the statement and picture by Thursday, May 20, to saigela@hotmail.com or via WhatsApp at +231 88 663 7789.