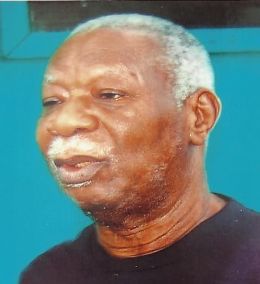 The Kollie, Popei, Tulay and Mason families announce with profound regret the demise of Mr. Alfred B. Kollie Sr., commonly known as Boy Alfred on Monday April 2, 2012, at the hour of 9:45 PM at the St. Joseph Catholic Hospital in Congo Town, Montserrado, Liberia.

The order of funeral services is as follows:

On Friday April 27, 2012 at 4:00 PM his remains will be removed from the St. Moses Funeral Parlor and taken to the St. Augustine Episcopal Church, Barnesville Road, for a night of wake keeping.

On Saturday April 28, 2012 at 10:00 AM the funeral service will be held at the same church followed by interment at the Kaiser Memorial Lawn Cemetery, Brewerville, Monsterrado, Liberia

This announcement goes to the Chief and Elders of Lawalazu Town, Lofa County, the United States of America, and other parts of the world.

This announcement was brought in by Mrs. Esther Kollie, Mr. Fasama Kollie and Hunbu Tulay, the widow and brothers of the deceased on behalf of the families.