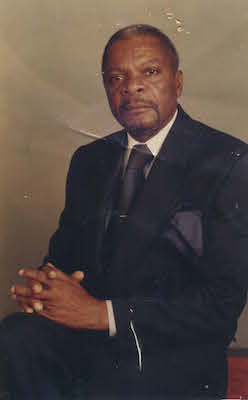 Lafayette Kwia Johnson, Jr., an outstanding Liberian statesman, has died. This event occurred Friday, September 2, 2016, at his residence in Monrovia, Liberia, after a period of illness. He was a former Mayor of Monrovia and a Deputy Minister of Commerce and Industry during the Tolbert Presidency.

“Small Kwia” as he was affectionately known in the Grebo Community, was born July 20, 1939, to Lafayette Kwia Johnson, Sr., and Naomi Gedo Brownell, both of whom hailed from Maryland County.

He served the Liberian Government for more than 20 years in various capacities. Upon his return from school in Switzerland where he acquired a Master’s Degree in Economics, Lafayette obtained a position at the Liberia Development Corporation in 1966. Due to his exemplary performance at the Agency, Lafayette was promoted to the position of Assistant Minister of Industry when the Agency was elevated to the Ministry of Commerce and Industry. The late President William Tolbert later appointed him Deputy Minister of Administration at the Ministry of Commerce, Industry and Transportation. He served in this capacity and many times as acting Minister of the Ministry until 1980.

He later served as Mayor of Monrovia and carried out many changes that resulted in better services to the residents of Monrovia. Two of his many accomplishments were the renovation of City Hall and the hosting of the World Conference of Mayors in Monrovia, at a difficult time when Liberia was still trying to win international acceptance. Lafayette later retired from government and entered the private sector.

Kwia was a life-long Episcopalian. He devoted much of his time and energy to helping others. Like his father, L Kwia Sr. he was also an epitome of proper manners and attire, Socially, he enjoyed music and dancing, and the wonderful time spent with his family and friends. He is survived by his wife, Magdalene Cooper Johnson, several children, eight brothers, three sisters, many other relatives and friends. His parents and a brother, predeceased him.

Funeral services are on Friday, September 16th, at 10 am at the St. Stephen Episcopal Church in Monrovia. According to the Family, the body will be taken to St. Stephen on Thursday, September 15th, for wake-keeping. Interment will follow thereafter at Kaiser Memorial Lawn Cemetery, Brewerville, Montserrado County, Liberia.