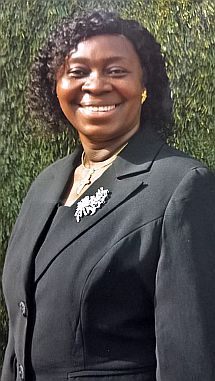 This is to announce the sudden death of Mrs. Maime Hayford Pearson, commonly known as Aunty Mai. This sad event occurred on Tuesday, March 22nd after a brief illness.

She leaves to mourn her husband Mr. James Henric Pearson, her son Mr. Ballah V. Yargbo, her mother, fives brothers, and a sister including a host of other relatives and friends in and out of Liberia.

The funeral arrangements are as follows:
The body will be removed from the St. Moses Funeral Parlor and taken to the United Christian Assembly Church in Sinkor Oldroyd for wake keeping. The wake starts at 6:00 pm and ends at 10:00 pm All tributes except the State, Church and Family will be done during the wake. Funeral services will take place at the BTC barracks, on Lynch Street and UN Drive on April 9, 2022, at precisely 10:00 am.

This announcement was brought in by her Son, Mr. Ballah V. Yargbo