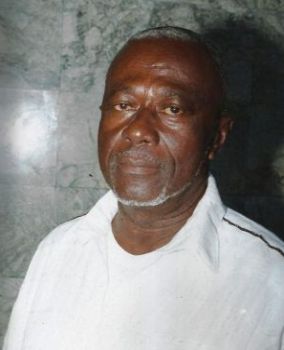 We regret to announce the death of the late Gabriel L. Potter Sr. This sad event occurred on June 4, 2013 at the Mawah Clinic on Bushrod Island.

Gabriel was predeased by his parents Frank and Elise Williams, his father Urias Potter and his son Christian Potter.

His body will be removed from Stryker Funeral Home on Friday, June 21, 2013 at 4 PM and taken to the Grace Baptist Church in Barnerville for wake keeping starting at 6 PM.

The funeral Service will be held at the Washington Chapel at the Ricks Institute Campus in Virginia.

Interment will be in plot #1584 at the Kaiser Memorial Lawn Cemetery in Brewerville, Montserrado Co., Liberia.