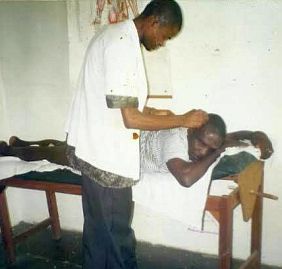 This is to announce the death of the Late Dr. John K. Reed of Monrovia, Montserrado Co., Liberia. He past away on September 7, 2014 at the Family Medical Center on Somalia Drive, Jacob Town, Paynesville, Liberia.

His funeral arrangements were as follows:

Funeral Service was held at the St. Moses Funeral Palour on September 17th, 2014 at 10 AM and thereafter taken to the KAISER MEMORIAL LAWN CEMETERY, Brewerville, Montserrado, Co., Liberia.

Children of the deseased as follows:


This announcement was brought in by Helen Z. Reed, wife of the deased.