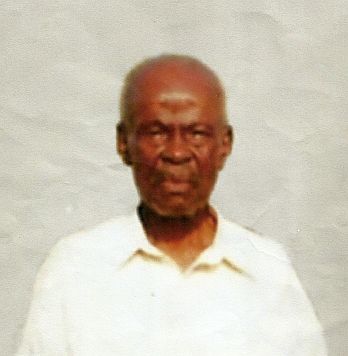 The Mason, Robertson, Smith, Logan and Jackson familes wish to announce the home going of the late Joshua Reeves Mason in his 81st year. This sad event occured on Thursday, November 21, 2013 at 2:00 AM at his residence in Bassa Community, Capitol Bye-Pass in Monrovia, Montserrado Co, Liberia.

He was a former employee of the Liberia Electricity Corporation (LEC.) He leaves to mourn his loss his spouse, Ms. Sarah Johnson, eleven children, seventeen grand children, two great grand children and a host of other relatives in Monrovia, Scheffilin, Buchanan and the United States of America.

The body will be removed from the A. B. Anderson Funeral Parlor on Saturday, December 7, 2013 at 9: 00 AM and taken to the St. Simon Baptist Church for the funeral service. Thereafter the body will be interred at the KAISER MEMORIAL LAWN CEMETERY, Brewerville, Montserrado Co, Liberia.

This announcement was brought in by his widow, Miss Sarah Johnson, grandson Benjamin Mason and son Stephen A. Mason on behalf of the family.