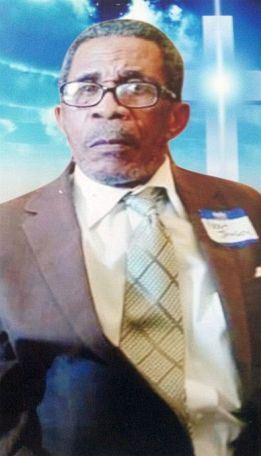 The Johnson and Nyanti families announce with profound regret the home going of their father, husband, brother, nephew, and cousin, Robert Henry Johnson I (Bob). He was 72 years old. This heartbreaking event occurred on Sunday April 30, 2016 at 3:15 P.M. at the Kingdom Care, Du-Port Road, Monrovia, Liberia, preceded by a brief illness. Father Johnson is a retiree of the Liberia Electricity Cooperation (LEC,) Parlor in Generation Department.

The late Robert Henry Johnson I was born on March 30, 1944 from the union of William A. Johnson Sr. and Emma R. Johnson, both who have predeceased him. He leaves to mourn him his wife, Mauma Somo Johnson, his children, Fredrick Johnson, Henry E. Johnson, Robert M. Johnson, Robertha L. Johnson, Robert H. Johnson II, Mauma S. Johnson, Varney Johnson, Haja Johnson, Karliann Johnson, Elwood Johnson, Jannie P. Johnson, Charlesetta P. Johnson, Wilalex Putugar Johnson (predeceased him,) Jefferson Johnson and Philip M. Johnson. He also leaves to mourn his foster children who include Fred B. Johnson, Daniel C. Johnson, Emmanuel Johnson, Surprise Johnson and Simeon Johnson, and his siblings, Jannie Johnson-Butler (USA,) William A. Johnson Jr. (USA,) Calvin Roosevelt Johnson (USA,) and Claudia Merie Johnson-Wennah (USA,) seventeen grandchildren, nieces, nephews and a host of other relatives, friends and loved ones in Liberia and abroad. He was a son of the soil of Edina City, Grand Bassa County and a great-great grandson of Elijah Johnson who helped to establish the Republic of Liberia. He was a devoted Christian, a loving father, family man and a friend to all.

The family is asking all those who wish to pay tribute to do so at the wake keeping. There will be no one allowed to do so at the funeral service with the exception of the ones printed in the program.

This announcement was brought in by Robert Henry Johnson II, son of the deceased on behalf of the family.