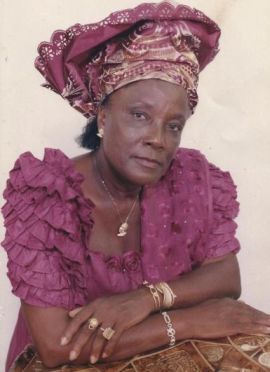 Funeral arrangements for the late Ms. Merial L. Russell of Duala, Bushrod Island will be observed as follows:

Removal from the Samuel Stryker Funeral Home will be Friday April 26 at the hour of 8:00 AM.

Wake keeping will comm.ence at 9:00 AM at the Providence Baptist Church, Ashmun and Center Streets.

The funeral Service will began at 10:00 AM at the same venue.

Interment will be in plot #1627 at the Kaiser Memorial Lawn Cemetery in Brewerville.

This announcement was brought in by on behalf of the family by Mr. Walter B. Skinner Sr. and Mr. Theophilus Kangba, cousin and nephew respectively of the deceased.