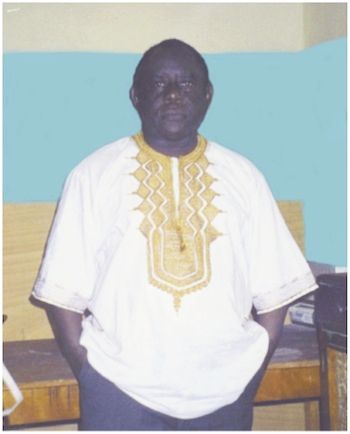 It is with profound regret that the Johnston and Sasraku family announce the home going of Doctor Samuel D. Sasraku, Medical doctor, father, grandfather, and friend. This sad event occurred at the J.F. K. Medical Center in Sinkor, Monrovia on July 6, 2012 after a protracted illness. He leaves to mourn his wife Elizabeth Johnston-Sasraku, children, Christian Kotey Sasraku, Thelma Dey Sasraku-Huber, Melissa, James and Charles Johnston of the United States and Canada. Anthony, Satta, Varney and Sandra Sasraku of Monrovia. He is also survived by his niece Ms. Ransoline E. McCauley of the US, nephew Mr. Lawrence Golightly of the International Red Cross in Sudan, Mr. Martei Sanka, Mr. Amon Sasraku of Accra, Mr. William Desbordes of the University of Liberia, ten grand children and a host of other relatives and friends in the U.S, Ghana and Sierra Leone.

During Doctor Sasrakuĺs career, he first worked as a school teacher at the St Andrewĺs Episcopal School in Cape Mount County-1962 -1965, also taught in various High Schools at night in Monrovia. After Medical College, he entered full residency at the J.F.K. Medical Center at the Department of Pediatrics from 1979 ľ 1981. He then joined the Ministry of Health & Social Welfare ľ Medical Director for the C.H. Renny Hospital and later, Chief Medical Officer, Margibi Health Care Delivery System. - Chief Medical Officer for Montserrado County.

In 1986 -1987 he received a fellowship to study at the Hebrew University of Jerusalem, Hadassah Medical School, earning a Masterĺs degree in the field of Epidemiology and Community Medicine.

His body will be removed from the Stryker Funeral Home on Saturday August 11th and taken to the St. Simon Baptist Church on the Capitol Bye Pass. May his soul, and the souls of the faithful departed rest in perfect peace.

11:30 AM at the same venue, St. Simonĺs Baptist Church

Contacts in the United States