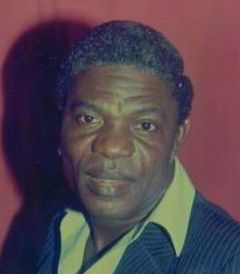 This is to announce the death of Mr. Theo Nyankun Nimley Sr., former director of the Land Transport Ministry of Transport and of the Borough of New Kru Town. This sad event occurred at the John F. Kennedy Memorial Hospital on Sunday December 18, 2011 at the hour of 5:38 PM after a period of protracted illness. He was born on April 22, 1938.

The deceased leaves to mourn his wife Mr. Maude Bruce Nimley, his children Theodora Nyontarpeh Nimley, Vera Hare, Lois Nimley, Nyenpan, Jackie A. Bernard, Theo Nimley Jr. and Earl D. Nimley, his in-laws Mrs. Elizabeth Pinkett Bruce, Mr. and Mrs. S. Raymond Bruce, Mr. and Mrs. Charles Cummings Sr., and one aunty Ms. Mama Nagbe of the USA, Mr. and Mrs. Albert W. Nimley, Mr. and Mrs. Jackie Bruce Sr., his several grandchildren and a host of other relatives and friends in and around Liberia, Africa and the rest of the world.

The body will be removed from St. Moses Furenal Home at 4 PM on Friday January 7, 2012 and taken to St. Thomas Episcopal Church in New Kru town for wake keeping from 6 PM until 9 PM.

On Saturday January 7, 2012 a funeral Requiem Mass will be held at 10 AM at the same church.