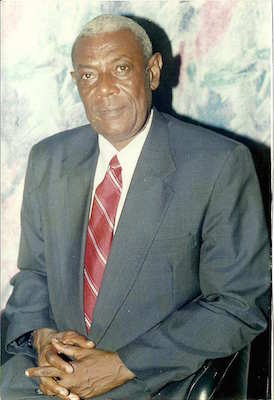 Peace I leave with you, my peace I give unto you: not as the world giveth, give I unto you. Let not your heart be troubled, neither let it be afraid. John 14:27

ìBoy Wilfredî as he was called touched the lives of many, was very generous and always willing to help others. He lived a great life and will truly be missed.

Funeral arrangements are as:

Wake Keeping
The remains of the deceased will be removed from the Samuel Stryker Funeral Parlor on January 15, 2016 at 4:00 P.M and taken to the First United Methodist Church ñ Corner of Ashmun and Gurley Streets from 6:00P.M. To 9:00 P.M.

Funeral Services
Services will commence at 10:00 A.M. prompt at the same venue on January 16, 2015. Interment follows at the Brewerville Cemetry, Brewerville, Liberia.

On Thursday January 21, 2016, the body will be exhumed and transferred to Kaiser Memorial Lawn Cemetery, Brewerville, Montserrado County, Liberias.