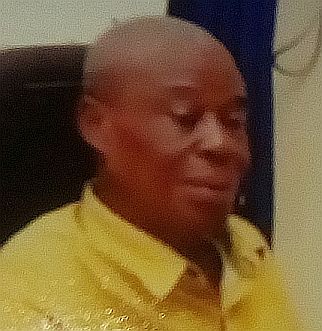 The Snoh family regrets to announce the death of their father, husband, uncle, brother and grandfather Mr. Stephen Cecero Snoh. This sad event occurred on October 5, 2017 at the Duside Hospital.

He leaves to mourn his passing his wife, Mrs. Veronica Pinky Snoh, two sisters, one brother, five children, Munah, Hans, Stephennette, Roseline and Enoch Snoh, and several nieces, nephews and a host of other relatives and friends in Liberia and the USA.

The first family meeting will be held on Sunday October 8, 2017, at 2:00 PM at the residence of the deceased in Paynsville, Roberts Field Highway, VOA Community, opposite Bible Way Mission.

Funeral arrangements will be announced later.

He was buried at Kaiser Memorial Lawn Cemetery on October 21, 2017.