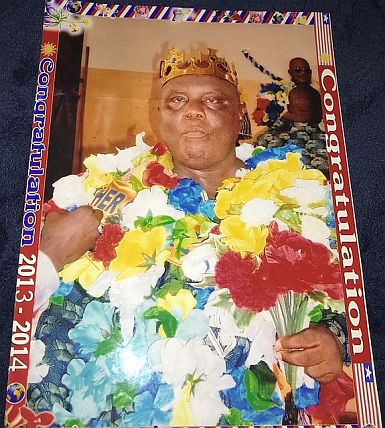 The death is announced of Mr. S. Alexander Sonpon. This sad event occurred at the John F. Kennedy Memorial Hospital after an illness on the 26th of April. His remains are deposited at the St. Moses Funeral Parlor.

The body will then be taken to the Kaiser Memorial Lawn Cemetery for interment. He leaves to mourn his two (2) sisters, thirteen (13) children, nieces, nephews, cousins, foster children and a host of other relatives in and out of Liberia. His wife, Victoria S. Sonpon predeceased him.

This announcement is going out to family and friends in Liberia, Ghana, USA, Belgium and other parts of the world. This announcement was brought in by his children, Prince T. Sonpon, Alexander Sonpon, Priscilla M. Sonpon, Ernest S. Sonpon, and Diamond Alexis. Home  Death Announcements