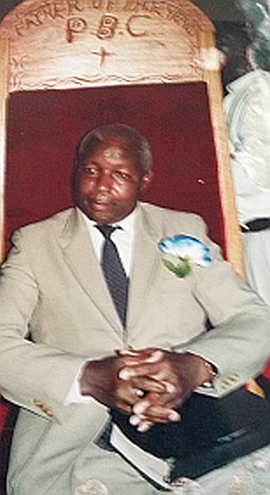 The Harmon, Thomas, Stubblefield and Holt families regret to announce the death of Atty. Abraham L. Stubblefield in his 76th year. This sad event occurred on Thursday, January 14, 2016 at St. Joseph Catholic Hospital in Monrovia, Liberia.

He worked for the Ministry of Lands, Mines & Energy and the Pierre Law Associates. He was a member of the Deacon Board and Men's Department of Providence Baptist Church.

Funeral arrangements are as follows: The body will be removed from the Samuel A. Striker Funeral Home on Saturday, February 6, 2016 at 8:30 am and taken to the Providence Baptist Church on Ashmun Street for the funeral service which will be held at 10:00 am. He will be interred at Kaiser Memorial Lawn Cemetery, Brewerville, Montserrado County, Liberia.