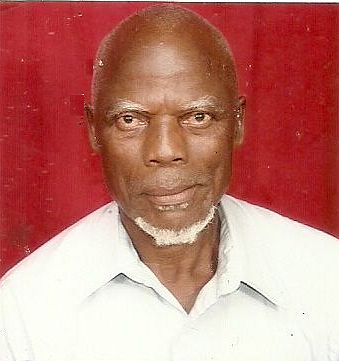 The Suah and Pepple Families announce with deep regrets the death of their father, grandfather, brother, uncle, caring relative and loving friend, William K. Suah, which sad event occurred at the E.L.W.A. Hospital on arrival, Friday, July 28, 2017 at 8:00 a.m.  He was 76 years old. Bob William, as he was affectionately called, lived for many years in the Patience Shop Community, Barnesville, before moving to his son in Thinkers’ Village, where he lived up to his death.

He is survived by his children, J. Thomas Pepple (Jartu), Michael V. Suah (Emmeline), Lafayette P. Suah (Patricia), Lawrence S. Suah, Somah Suah and J. Emmanuel Suah (Kieleta). He is also survived by a sister, Nyeplu, 16 grandchildren and host of nephew, nieces and cousins. His remains will be removed from the A. B. Anderson Funeral Services on Saturday, August 12, 2017 at 9:30 a.m. and taken to the Sacred Heart Cathedral, Broad Street, Monrovia. There will be a one-hour Wake-Keeping, before the Mass of the Resurrection. All tributes will be made at the Wake-Keeping.

He will be interred at the Kaiser Memorial Lawn Cemetery, Brewerville, Montserrado County.