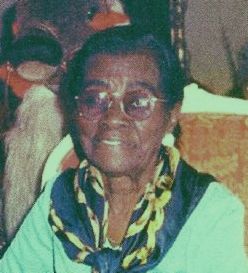 This is to announce the home-going of Mrs. Susannah Norley Tetteh of the city of Monrovia. This sad event occurred at the residence of her son in Barnesville, Monrovia on Saturday, August 27, 2011 at the hour of 7:45 P. M.  She was 87 years old.  She leaves to mourn her loss six sons and one daughter, to include Mr. Chauncey M. Barnard Sr., Ambassador Emmett Kennedy, Chief of Protocol of the Executive Mansion, Ms. Genevieve A. Kennedy, Minster Counselor assigned with the Liberian Embassy in the United Kingdom and Professor Edwin Kennedy-Tetteh, Deputy Minister for Administration, Ministry of Youth & Sports. Mrs. Tettah is also survived by two sisters, one brother, nieces, nephews and a host of other relatives and friends in Liberia and abroad.

On Monday, September 19, 2011 at 9:00 A. M. the body will be removed from the Samuel A. Stryker Funeral Parlor in Sinkor and taken to the Eliza Turner A. M. E. Church on Camp Johnson Road where wake keeping will commence at 10:00 A. M. to be followed by a funeral service thereafter.

After the funeral Service, the body of the late Susannah Norley Tetteh will be conveyed to the KAISER MEMORIAL LAWN CEMETERY in Brewerville for interment in plot #1065.

This announcement was brought in by Ambassador Emmett Kennedy, son of the deceased for the family.