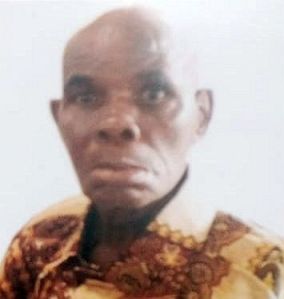 This is to announce the funeral arrangement of the late Mr. J. Michael Naber West Sr., known as Colorboy, a former employee of the Monrovia Consolidated School System (MCSS,) who died on September 4, 2020 at the St. Joseph's Catholic Hospital.

The remains of the late J. Micheal West Sr. will be removed from the Samuel A. Stryker Funeral Parlor on friday, October 16, 2020 at 8:00 AM and taken to the Saint Gabriel Catholic Church in Brewerville, Motor Corner, for an hour of wake keeping at 10:00 AM. The funeral mass will take place thereafter at 11:00 AM. Interment follows at the Kaiser Memorial Lawn Cemetery, Brewerville.

This announcement goes to the West, Wijlah, Tugbe, williams and Jappah families respectively, the Waubor and Nanbor quarters of Grandcess, Grand Kru County, the Monrovia Consolidated School System (MCSS) and all friends and relatives in Liberia and the United States of America.

This announcement was brought in by his widow, Mrs. Theresa Nimleydi Wijlah-West and his nephew, Mr. Gabriel Tugbe West on behalf of the family.