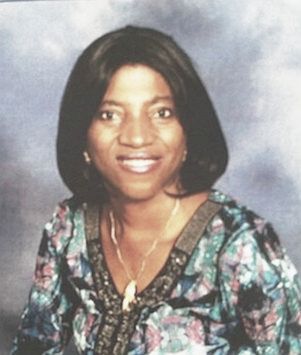 Faith, as she was affectionately called, turned her back on the world and was ushered into the bosom of her Heavenly Father on Saturday February 9, 2013 at the Holy Cross Hospital in Silver Spring Maryland, USA. Philemina was loving, a caring person, someone who loves the Lord, was ready to share whatever she had without reservation and with open arms. She grew up in Monrovia, Liberia and graduated from the BW Harris Episcopal High in 1989.

After graduation, she attended the University of Liberia where she earned a BBA in Accounting in 1996. She was a former employee of the Monrovia Port Authority and the Liberia Telecommunications where she worked before leaving for the United States of America.

Philemina was a strong member of the Providence Baptist Church in Monrovia, Liberia and also a member of the Rising Sun First Baptist Church in Baltimore Maryland and the Georgia Avenue Baptist Church in Silver Spring, all of America, where she was a Sunday school teacher before her passing. Philemina is survived by her parents, Mr. G. Patrick Williams, Mother Saturday Neijay Gee of Monrovia, her daughters, Hagar Draper and Cynthia Pou of the USA and Liberia respectively, she is also survived by her Sisters, Annie Davis, Margaret Davis, Frances Davis, Mary Williams, Rebecca Gueh, and Patricia Williams, brothers, Ghisler Gueh, Garblah Vincent Williams, John Kwasi Williams, Gabriel Williams, Wroway Gift Williams, Patrick Williams. Several cousins, nieces, nephews and other family members all of Monrovia, Liberia and the United States of America respectively.

Viewing of her remains will be held at 12525 Georgia Avenue Baptist Church in Silver Spring, MD 20906, USA at 10am on Saturday March 2nd, 2013 and funeral service will follow thereafter at 11am at the same venue.

Monrovia Liberia wake keeping will be held at the Providence Baptist church on Center and Ashmun Streets in Monrovia, Liberia at 10am on Friday March 8th, 2013 and funeral service will follow thereafter at 11am at the same church. Internment follows the day.