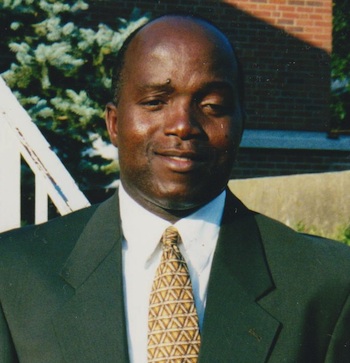 The Wonde and Massaquoi families announce, with deep sorrow, the sudden death of Honorable Jackson N. Wonde. This sad event occurred at 6:00 AM on Saturday, June 16, 2012 at the Beth Israel Deaconess Medical Center in Boston, Massachusetts, USA. Honorable Wonde met his untimely death shortly after representing the Government of Liberia at a World Bank meeting in Washington DC.

Honorable Jackson N. Wonde served the Government of Liberia in several capacities, including as Deputy Minister of Labor. He was serving as Deputy Minister of Sectorial Planning at the Ministry of Planning and Economic Affairs of the Republic of Liberia up to his death. During the mid-1990s, he served as Director of Cater Center Liberia. He was also an active member of the Grand Gedeh Association in the Americas when he was residing in the USA. He was the association’s General Secretary from 2001 through 2005.

Activities marking the celebration of the life of the Honorable Jackson N. Wonde in the United States and Liberia are as follows:

All tributes will be paid during the repast and celebration of Mr. Wonde’s life - during the 11:00 AM to 9:00 PM time period. All those who would like to pay a tribute are asked to contact any of the individuals listed at the end of this announcement before July 12, 2012.

Interment will be at the Kaiser Memorial Lawn Cemetery in Brewerville, Liberia in plot #1237.