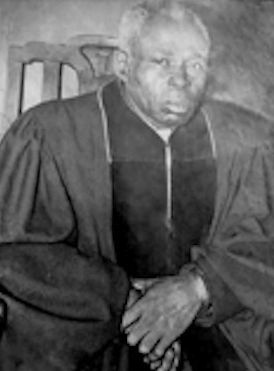 I must work the works of him that sent me, while it is day: the night cometh, when no man can work. John 9:4

M. Kron will be sadly missed by his children, siblings, nephews, nieces, cousins, his many clients and the Judiciary. We are encouraging anyone interested in writing a tribute to do so and email it by 5:00 pm GMT on Wednesday, January 15, 2020 to MKrontributes@gmail.com for publication in the souvenir program.

Removal
On Thursday, January 23, 2020, the remains of Counsellor Moses Kron Yangbe, Sr. will be removed from the Good Shepherd Funeral Home, Airfield Road and taken to the Temple of Justice, Capitol Hill, Monrovia at 3:00 pm.

Committal
Final committal of the remains of the deceased will follow immediately thereafter at the Kaiser Memorial Lawn Cemetery in Brewerville, Montserrado County.